You are here: Home / Expeditionary Learning 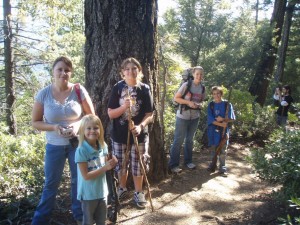 What is Expeditionary Learning?

•  Learning Expeditions: These challenging, interdisciplinary, real-world projects and in-depth studies act as the primary curriculum units in Expeditionary Learning schools. Learning Expeditions support critical literacy and address central academic standards of content, while promoting character development and fostering a service ethic.
•  Active Pedagogy: In Expeditionary Learning schools, teachers use active pedagogy to help students become active and collaborative learners: to make connections, to find patterns, to see events from different perspectives, to experiment, to go beyond the information given, and to develop empathy and compassion for events, people, and subjects.
• School Culture and Character: Expeditionary Learning builds shared beliefs, traditions, and rituals in order to create a school culture that is characterized by a climate of physical and emotional safety, a sense of adventure, an ethic of service and responsibility, and a commitment to high quality work.
•  Leadership and School Improvement: Leaders in Expeditionary Learning schools create a professional community that focuses on curriculum and instruction as the primary vehicles for improving student achievement and school culture.
•  School Structures: Expeditionary Learning schools use longer and more flexible schedule blocks, common planning time, heterogeneous groupings, and/or looping to ensure student success.

Expeditionary Learning achieves success in these Core Practice areas by providing schools with an extensive professional development program. Over a multi-year period, school faculties and administrators are offered a coherent, demanding, and highly regarded program of professional development to implement the model and to realize significant improvement in student learning and character development.

How many schools are using Expeditionary Learning? 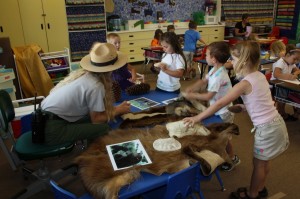 Begun in 1993, Expeditionary Learning is now being implemented in 126 urban, rural, and suburban schools in 29 states, the District of Columbia, and Puerto Rico. It has been demonstrated to be effective at the elementary, middle, and high school levels. Expeditionary Learning recently received a $12.5 million grant from the Bill and Melinda Gates Foundation to open 20 new small high schools around the country over the next five years. 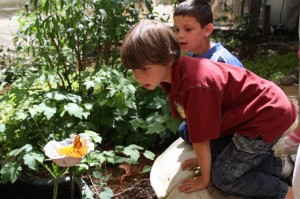 What are the Results?

ANSER Elementary Public Charter School in Boise, Idaho: On the most recent statewide tests, 100 percent of 4 th -grade students were rated “proficient” or higher in reading and language arts, and 95 percent “proficient” in math, exceeding comparable state and district scores by 15-20 percent.

Buncombe Community School in Swannanoa, North Carolina: Working with some of the county’s hardest-to-reach students, in 1995, Buncombe did not send any students to higher education. After implementing Expeditionary Learning, 62 percent of the Class of 2002 were college bound.
Codman Academy, Boston, MA: With a student body consisting of 97 percent students of color, 82 percent on free and reduced lunch, and 18 percent special education, in 2003, all of Codman’s sophomores passed the state English Language Arts assessment on their first attempt, compared with 89% of all sophomores statewide.

What do Educators say about Expeditionary Learning? 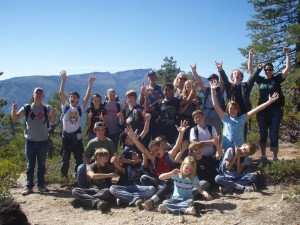 “In the years that I’ve been teaching, this is, to me, the single best model of learning for kids and the most satisfying model for teachers, because the kids are working on real projects, their work is held of great value, and you are stretching them academically.” -Jennifer Wood, Elementary School Teacher

“There is a sense of moral purpose to the design that is beyond academic success. There is a sense of citizenship, something closer to a world view, a shared sense of our place in the world and the responsibilities that come with that. That is really powerful, and it’s something that is largely absent today.”-Tom Vander Ark, Executive Director, Education, Bill and Melinda Gates

Foundation What is the Research Evidence? 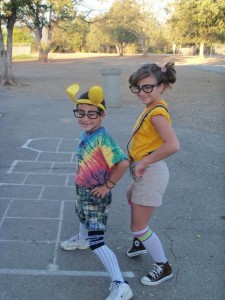 Center for Research on the Education of Students at Risk (CRESPAR), 2002 In “Comprehensive School Reform and Student Achievement: a Meta-Analysis,” researchers looked at 29 comprehensive school reform models including EL.  The report characterized Expeditionary Learning’s research base as showing “highly promising evidence of effectiveness.”  This was the highest rating given to any model that was created in the last ten years. Only three of the 29 other models assessed received higher ratings, and they had all been in the field for a decade longer than EL to build a larger research base. 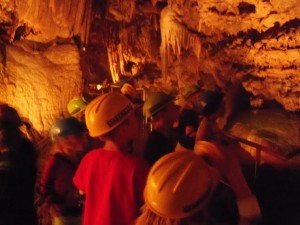 In comparison to a group of schools with similar demographics, teachers at the Rocky Mountain School of Expeditionary Learning (RMSEL) in Denver used significantly more coaching and project-based learning and significantly less direct instruction and independent seatwork.  The study found that RMSEL students consistently outscored the weighted average of students from its four feeder districts across all grade levels for each year of the five-year study period on the Colorado State Assessment Program.  RMSEL students scored on average 11.9 percentage points higher in reading than those of the comparison group.

Finding common ground between service learning and comprehensive school reform was the theme of the AYPF survey of 28 leading school reform models.  The report gave Expeditionary Learning a five-star rating for being “highly compatible” in linking community service to academics and building “an ethos …of service to others.”

Polly Utichney, Ed. D., Brown University, 2000 This study analyzed data from two New England Expeditionary Learning schools. Before adopting Expeditionary Learning, King Middle School in Portland, Maine scored lower than its district and state on the Maine Educational Assessment.  In 1998-1999, however, King students outscored the state average in 6 of 7 disciplines. At the Rafael Hernandez School, a K-8 two-way bilingual school in Boston, students performed better on the MCAS tests than a district school with a demographically similar population. Ulichney concludes, “Expeditionary Learning implementation appears to be providing a strong academic curriculum that allows students from typically disadvantaged backgrounds to thrive.” 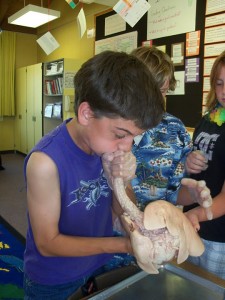 This study of comprehensive school reform determined that Expeditionary Learning was one of only eight school-wide reforms with a research base showing positive effects on student achievement, and noted that the positive effects were seen across subjects.

A study and evaluation of Expeditionary Learning’s first three years concluded that nine of ten original demonstration site EL schools showed significant improvement in the standardized tests mandated by their districts. Teachers reported that classroom practices changed markedly, including more collaboration with other teachers, a more systematic connection between content and skill learning, and the development of clear criteria for assessing student work. The study found that students produced high quality work and demonstrated high levels of engagement.